Primo Michele Levi (Italian: [ˈpriːmo ˈlɛːvi]; 31 July 1919 – 11 April 1987) was an Italian Jewish chemist, partisan, Holocaust survivor and writer. He was the author of several books, novels, collections of short stories, essays, and poems. His best-known works include If This Is a Man (1947, published as Survival in Auschwitz in the United States), his account of the year he spent as a prisoner in the Auschwitz concentration camp in Nazi-occupied Poland; and The Periodic Table (1975), linked to qualities of the elements, which the Royal Institution named the best science book ever written.

Levi died in 1987 from injuries sustained in a fall from a third-story apartment landing. His death was officially ruled a suicide, but some have suggested that the fall was accidental.

Work of Primo Levi in the library 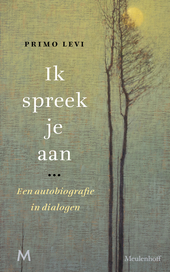